City Farm is a sustainable vegetable farm bordering two very diverse Chicago neighborhoods: Cabrini-Green and the Gold Coast. The farm boasts thirty varieties of tomatoes as well as beets, carrots, potatoes, gourmet lettuces, herbs and melons. All produce is grown in composted soil generated from various sources, such as restaurant trimmings from some of the city’s finest kitchens. 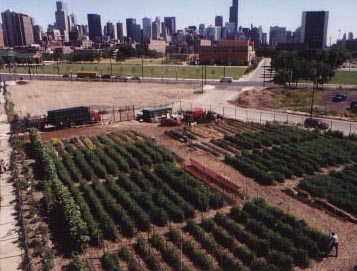 The farm sells its produce primarily to local chefs and to the public from an on-site market stand. The produce grown at City Farm has been widely praised for its flavor, form and beauty. Bruce Sherman, chef and owner of North Pond restaurant and a long-time supporter of City Farm, says, “It’s delicious. I don’t get product just because they’re doing the right thing. That product first and foremost needs to be exceptional. The fact that City Farm grows exceptional produce the right way only makes it better.”

City Farm is the most recent initiative of the Resource Center. Tim Wilson, program director of City Farm, has great faith in the prospects of urban agriculture: “We’re not just growing tomatoes. The farm provides youth and job training opportunities for the people of Cabrini-Green. People know that the produce available here is second only to homegrown. They can taste the difference between a tomato on the plant and a tomato on a truck, and they understand how gardens can improve their neighborhood.”

With tens of thousands of vacant city lots in Chicago, mostly in economically under-developed neighborhoods, turning vacant land into an asset for the community is a primary objective of City Farm. The farm itself is a moveable feast: the land can be farmed, then the compost moved and reused elsewhere as lots are developed and communities grow. In addition to simply creating more green space and beautifying the urban landscape, the City Farm program strives to provide education in sustainable farming, as well as job creation, building a community-sustained operation while also providing highly nutritious products to people in diverse neighborhoods.

One of the major goals for City Farm is the creation of a permanent demonstration and training facility. Thousands have come through City Farm’s different gardens to be trained or to learn about food. Replicating the City Farm model will bring more local food and jobs, and advanced training will become available for those who want to convert land and thrive off of it themselves. Wilson notes, “People grow vegetables in many different ways; urban resources need to stop being wasted and be made available to growers who can improve their communities’ way of life. We can do that.” In a manner consistent with the City of Chicago’s support for use of open land, City Farm continues to grow and design solutions for Chicago’s urban agriculture.

To volunteer at CityFarm, please email City Farm at cityfarmchicago@gmail.com or stop by the farm at 1204 N. Clybourn and ask for one of the farmers. 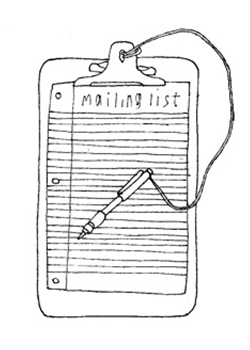