The scorched road leading up to A-Z West, on the border of Joshua Tree National Park.
Credit: Stefan Ruiz and the NY Times

Journalist Kate Bolick recently wrote about her experience in visiting artist Andrea Zittel in the Californian desert. Zittel has spent the past 20 years of her career exploring solitude and this path has led her to create her “Experimental Living Cabins” at A-Z West near Joshua Tree National Park.

“Zittel sees herself as part of the 20th-century tradition of American artists leaving cities for the open spaces of the Southwest, but she is aware of her deviations. O’Keeffe and Martin chose the desert as a form of retreat, but Zittel saw it as liberation. As for the parallels often drawn between her and the largely male artists who came to make their massive, macho marks on the desert, she gently notes that she is not interested in “grand interventions,” only in finding meaning in intimate, everyday gestures.”

END_OF_DOCUMENT_TOKEN_TO_BE_REPLACED 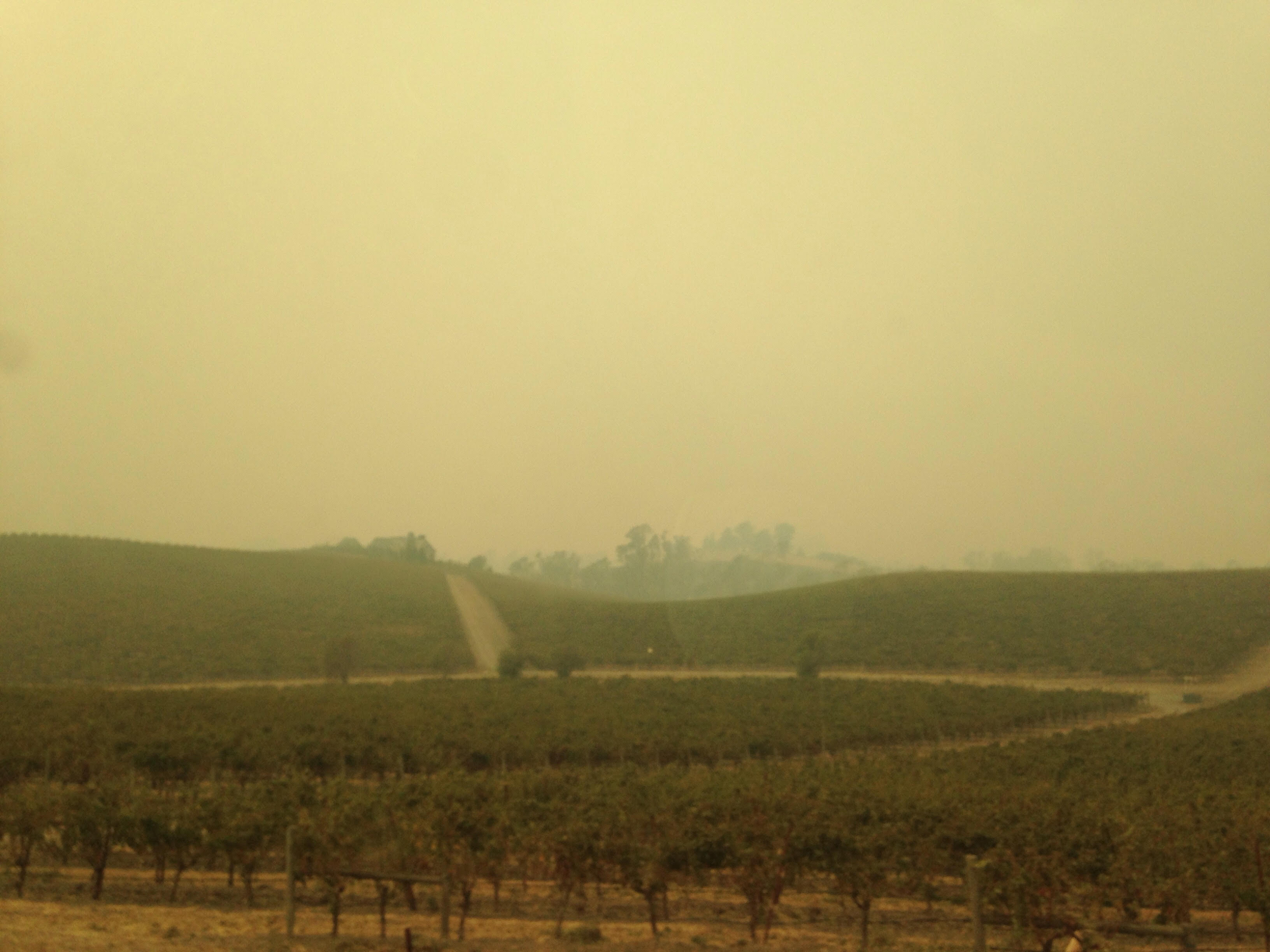 Following the devastation caused by the spread of massive wildfires in California over the past week it has become apparent that many of those within the biodynamic community have been directly affected. Among these is Frey Vineyards, a pioneer in Biodynamic® wine and dedicated supporter of the BDA. The vineyard has experienced significant losses due to the fires, as have many other farms and vineyards. Many more have been evacuated from their homes and are waiting anxiously as the fires continue to spread. In response the Biodynamic Association is considering setting up a recovery fund to enable donations to assist biodynamic farmers experiencing losses of animals, crops, homes, and infrastructure in the region. If you or someone you know in the biodynamic community is in need of financial support, please contact Karisa Centanni at karisa@biodynamics.com to help them better understand the needs of the biodynamic community and how they can mobilize support.

END_OF_DOCUMENT_TOKEN_TO_BE_REPLACED

As the next Farm Bill approaches, the House Agriculture Committee members are beginning to gather input from farmers, ranchers and other stakeholders. As you may know, several current programmes that contribute to the success of organic agriculture are under threat of elimination as so it is imperative that policy makers hear directly from organic farmers, researchers and organic farming advocates.

There are three upcoming listening sessions in the next week organised by the Organic Farming Research Foundation.

If you are hoping to speak at one of the listening sessions, arrive early as the opportunity to speak will be decided on a first come first served basis and speaking time will likely be restricted to approximately 2 minutes.

If you would like more information about the listening sessions or the issues at stake, please email policy@ofrf.org.

When portrayed by the film and TV media, the one thing that all fictional futures seem to have in common is a coffee shortage. Only the elite and the lucky manage to get their hands on a coveted cup of joe. In the dystopian fictional future, coffee is a black market product and in the wake of climate change, future coffee shortages may not be such a far-fetched concept after all. In 2016, Climate Institute, an Australian non-profit released a report that stated that in the next number of decades, the area of land suitable for growing coffee will decrease by about 50%. In addition to this, increased temperatures in the southern hemisphere, where much of our coffee comes from, encourages the spread of diseases and pests that affect the coffee plant, which can only grow well in a stable climate with steady levels of both heat and water.  If you are anything like me, the thought of having to start your day without a cup of freshly brewed coffee may strike fear in your heart, but fear not!

END_OF_DOCUMENT_TOKEN_TO_BE_REPLACED

Are you dreaming, planting, and tending visions of a queer ecological future? Are you looking to connect with kindred spirits in your region and across the country to share resources to support these visions of collective liberation? Join Queer Ecojustice Project for our first ONLINE reading community!

Most gatherings will be local in your region (we call these regional groups, “nodes”). Monthly online community gatherings will occur in June, July, August, and September.

Read on below for more information about the organizers, facilitators, QTPOC reading group nodes in Oakland and Seattle, and QTPOC community land projects that need your support.

END_OF_DOCUMENT_TOKEN_TO_BE_REPLACED

Our friends at Kiss the Ground take the cake for this week’s most uplifting environmental video– best of all it integrates two of our favorite things: videos of goats being goats and alternatives (dare we say upgrades?) to fossil fuels in land stewardship. Also, does anyone else want this woman’s job?