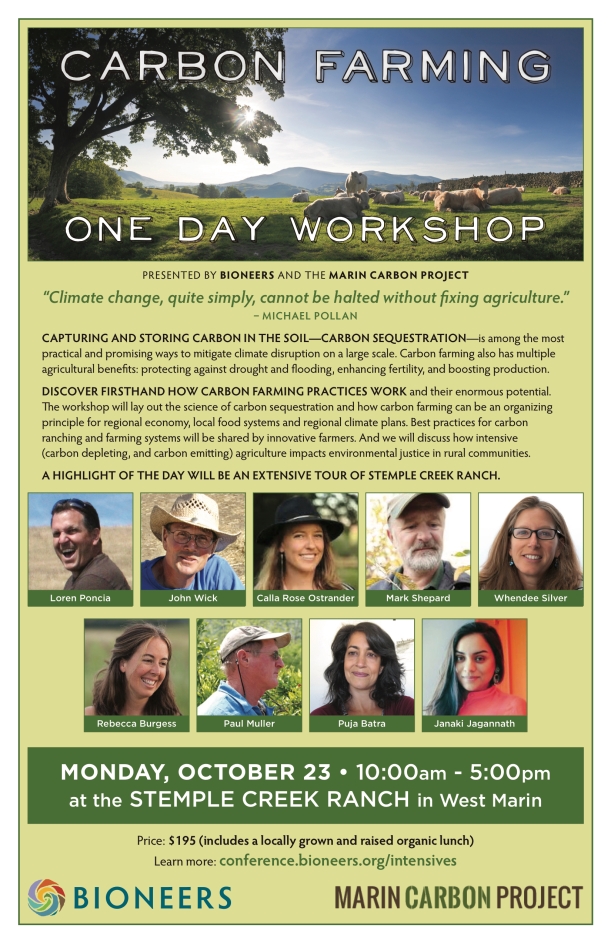 Believe it or not, there is some good news about climate change; agriculture, if done correctly can play a powerful role in removing carbon from the atmosphere where it is wreaking havoc. This can be done by taking carbon from the atmosphere and putting it into the soil where it has the power to increase fertility, hold water, and improve crop yields. Learn more at the one-day Carbon Farming workshop in October as part of the Marin Carbon Project.

Do we like preaching to the choir? Sure do! Enter, this week’s installment from Kiss the Ground on using cover cropping for carbon sequestration. Now, can I get an Amen?!

This video features Jeff Borum, Soil Health Coordinator East Stanislaus Resource Conservation District , who mentions that some of the oldest records of cover cropping come from Virgil. Our interest piqued, we did a little digging to confirm this fact and unearthed some trivia about the history of cover cropping from this UC Davis article, but we know there’s more out there. Can anyone point us in the right direction??

Those of us lucky enough to be at the NOFA Mass Winter Conference this year were privileged to see Elizabeth and Paul Kaiser of Singing Frogs Farm in Sebastopol, CA give this Keynote speech. You’ve never seen no-till farming look this easy or this sensical. Skip to minute 27 to see my favorite part: 45 minutes of bed changeover condensed in a 45 second time lapse video. Real Food Films is calling for filmmakers to submit projects by April 1st that correspond to the themes of:

Selected films will be included in their 2017 Organizing Toolkits, which will be jam-packed with educational materials for groups and individuals interested in working in food system reform.

This week’s Kiss the Ground share features Rishi Kumar, founder of Sarvodaya Farms, on how we can use agriculture to repair ecosystems. Savordaya Farms is a one acre farm located inside the city limits of Los Angeles and provides the city’s only urban farmer training program.

Have you taken any time today to think about how great trees are? Andy Lipkis of Tree People in Los Angeles is on Kiss the Ground to right that wrong. 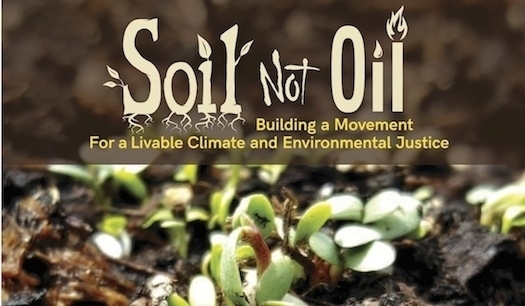 Thursday July 21, 7:30 pm , local groups in Ojai, CA are gathering to support both the Soil Not Oil international campaign & the upcoming second annual Soil Not Oil Conference in August of this year with an evening gathering of film & discussion in Ojai, CA. Local filmmaker Camilla Becket will be in attendance sharing excerpts from her soon to be released film The Seeds of Vandana, with other short films on soils & carbon farming also a part of the evening.

In 2015 the first Soil Not Oil conference was held in Northern California with the intent of supporting the Soil Not Oil international campaign launched by brilliant Indian scientist, eco-activist, & author Vandana Shiva.  Vanda Shiva is a founding member of both Regenerative International and the Navadany Foundation, who were among the first to connect the dots between climate change and the disastrous soil practices of industrial agriculture.

Restoring global soil quality is one of the best things we can do for climate change.  Because our lives are entirely dependent on the health of our soils, the Soil Not Oil Campaign demands the care and regeneration of soils worldwide. Emphasizing extensive restructuring of land management practices, especially agriculture, is key to combating climate change with biologically healthy soils capable of sequestering carbon from the atmosphere, while also restoring water cycles, stopping ocean acidification, re-establishing biodiversity, improving food production, and revitalizing local economies across the planet. 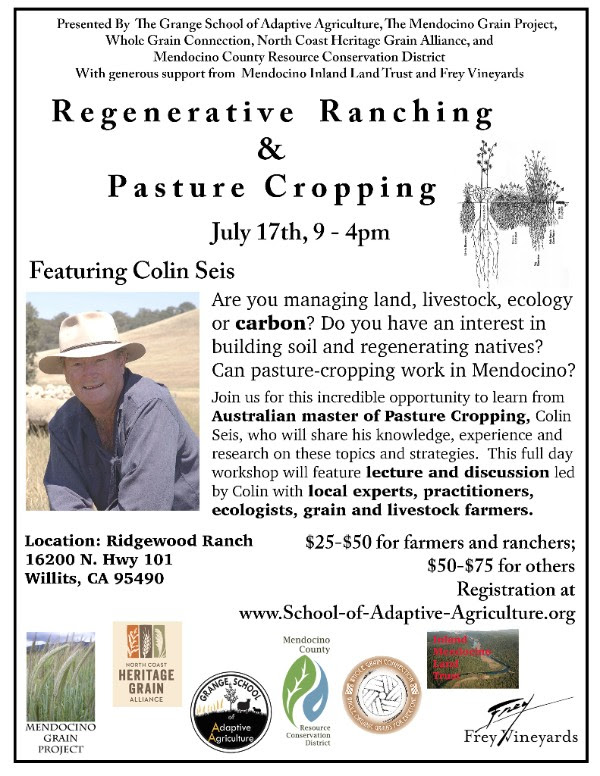 Peppered with priceless footage of the origins of the organic movement, this film delves head-first into where we came from and where we’re going. Our favorite quote from the trailer?  “Organic can get better.” Spoiler alert: the Greenhorns are in this film. Fund them here! 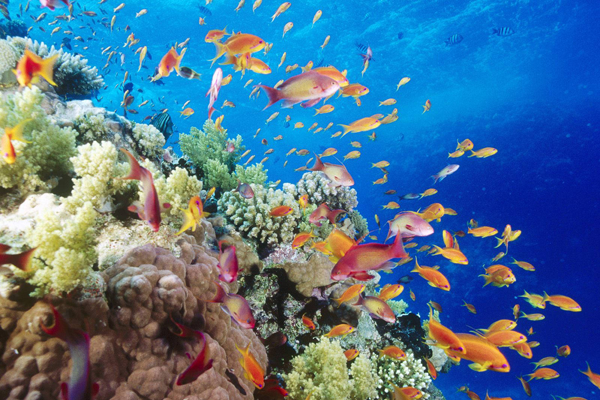 Announcing the following conference at Harvard on April 30th:

The conference promises to “present the concepts, history, and processes for the restoration of biodiversity” in hopes that increasing global biodiversity can sequester carbon and not only stop, but actually reverse climate change. Tickets are $30 and you can register now on eventbrite. More information here! 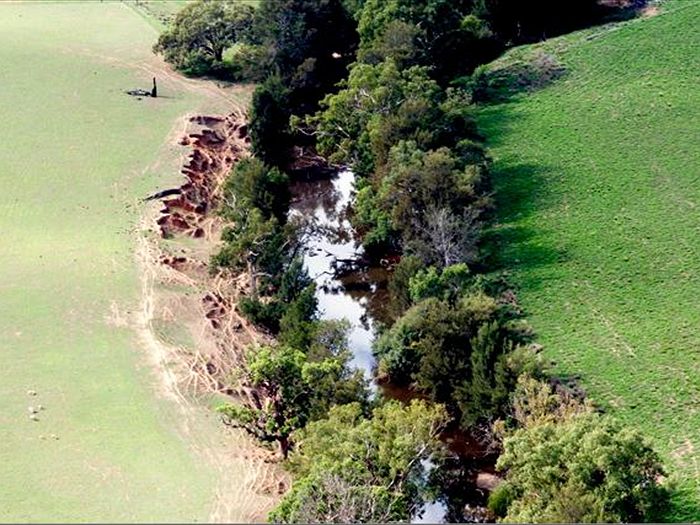 The concept of carbon farming is relatively simple. The industrial agricultural system we’ve developed over the last 60 years, while being incredibly productive, robs the soil of carbon and other nutrients. Carbon, in the form of soil organic matter, is the thing that gives soil life. Techniques like cover cropping (never leaving the fields bare), no-till farming (leaving the soil intact while preparing and planting), crop rotations and carbon banking in perennial plants, take carbon from the atmosphere and lock it up in the soil. Soil-1, climate change-0. And the benefits of soil carbon sequestration go beyond reducing GHGs. Using the term “regenerative farming” Debbie Barker and Michael Pollan explain in a recent Washington Post article:

In fact, research shows that in some regions a combination of cover-cropping and crop rotation vastly outperforms conventional farming. So why isn’t everyone doing it?

One of the problems, as Eric Toensmeier explains in his upcoming book The Carbon Farming Solution (to be released in February) is that carbon farming is not a one-size-fits-all venture. Cover-cropping may work in the southeast where winters are shorter, but may not work in northern Minnesota, for example. For more farmers to take up these practices, they need the assurance that they will work for them economically, and this type of assurance will come through research. But, research dollars for agriculture in the U.S. are not exactly flowing to sustainable agriculture. 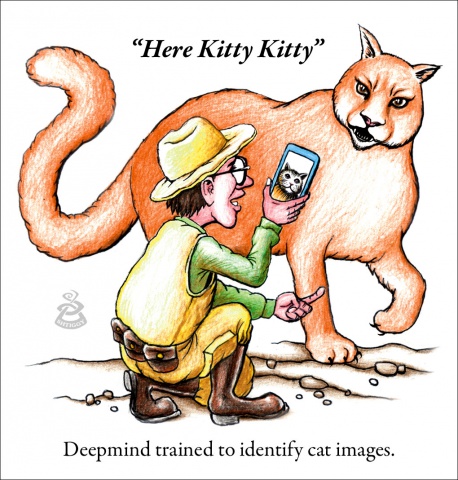 Every year, our friends at the ETC (stands for Action Group on Erosion, Technology, and Concentration) puts out an, as they say, “irreverent,” year-end recap– and this year’s is out now! We’ve compiled a brief list of the highlights from the 2015 edition of the ETC’s yearly End of Year Review:

“The regeneration of soil is the task of our generation.”

The video is great, but their petition is even better. Learn more about the Story of Soil on the group’s website. which is a project dedicated to convincing the California legislature to allocate $160 million from the Greenhouse Gas Reduction Fund to help rebuild healthy soils.

We must begin to connect the dots between fossil fuels, global warming and related issues, including world hunger, poverty, unemployment, toxic food and farming, extractivism, land grabbing, biodiversity, ocean destruction, deforestation, resource wars, and deteriorating public health. As we regenerate the soil and forests, and make organic and grass-fed food and fiber the norm, rather than just the alternative, we will simultaneously develop our collective capacity to address all of the globe’s interrelated problems.

The extraordinary thing about de-industrializing food and farming, restoring grasslands and reversing deforestation—moving several hundred billion tons of carbon back from the atmosphere into our soils, plants and forests—is that this regeneration process will not only reverse global warming and re-stabilize the climate, but will also stimulate hundreds of millions of rural (and urban) jobs, while qualitatively increasing soil fertility, water retention, farm yields and food quality.